Games of my youth

My dad is selling the family house, so I just received a bunch of boxes with a bunch of old stuff I hadn't seen in years. One box contained all my old Commodore 64 5.25" disks (unfortunately, the C64 was nowhere to be found). Looking at these disks brought back a lot of memories of a LOT of hours spent playing them. 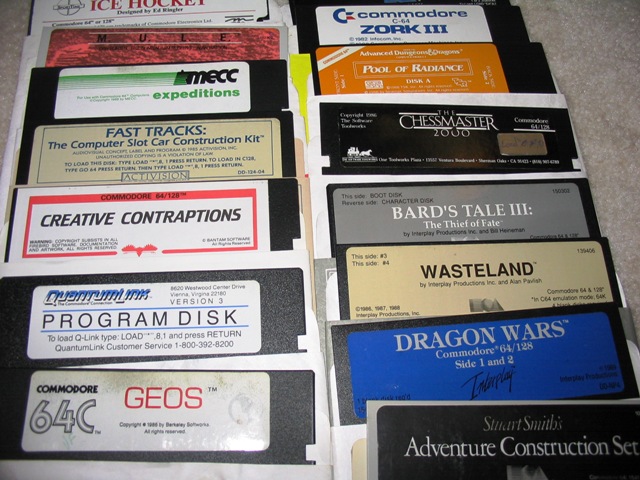 Now I need to get one of those parallel cables to hook up a 1541 drive and copy these disk images to VICE.

it certainly brings...I loved my C64, althought in my country the games were hard to get so you had to have many 'piracy' links spread to make archive =)

last ninja, creatures, the great giana sisters, ultima3/4, great escape, ye ar kung fu and many many awesome text based like 'ten little indians' or my favorite 'erik the viking'

althought I didn't got my hands on wasteland and bards tale(just knowed about BT on PC) I think the best games ever written was on c64, because of imagination(and small age:-) and my year! struggle playing Sid's Mayer Pirates!

I just got rid of all my old C-64 stuff when I moved from my old house and really regret it. I left it all in boxes in the attic my wife was always complaining about my junk collection and I had to shed some weight but couldn't bring myself to throw it away.

I spent so many hours with my c-64s and actually used it right up through my sophomore year in college. What a sweet little machine.